THEA“Thea” or TT as she is also known, is a third generation Hall of Fame producer. She is owned and trained by Sunny Lambert and has produced 12 champions for Jordan Standard Schnauzers. 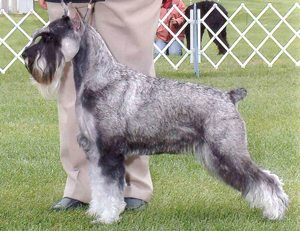